La Cité Real Estate was founded in 1982 in Argentina and in 1993 opened offices in Punta del Este. Since then, for over two decades in the market, finding solutions for customers from all over the world

A staff made up of leading experts

The team is comprised of real estate professionals, experts in the field. Thanks to them, customers can find what they want quickly.

Personalized attention to all our customers of world

All customers are special to La Cité, everyone is looking for different things and have different budgets. But all are equally important to us and that is why we receive personalized attention where the needs are heard.

The great value of confidentiality 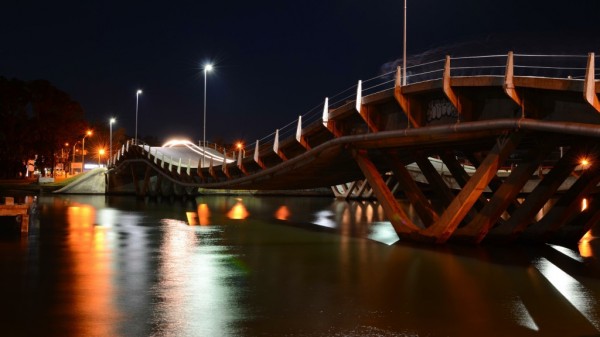 La Cité strictly respect the confidentiality that customers require for their operations. Therefore, their financial secrets are safe with us.

It is the most stable country in the region and international organizations put it at the top in terms of transparency and lack of corruption economy. It is an open system in which anyone, local or foreign, may acquire any property.

In this country there is a tradition of respect for contracts and also a really fair and transparent judicial system.

Punta del Este does not leave his place among the most visited places in South America and growing and renewing itself, but without changing its fresh spirit.

Place chosen by investors around the world

For all this it is a site chosen by investors around the world to make real estate investments.

The profile of potential buyers in Montevideo is changing. The owners of the houses used to have large families, and security was not an issue. However, in 2011, 24% of the properties were occupied by one person. Many buyers are looking for 24 hour surveillance, although this is expensive. More and more families are turning to the purchase of buildings, for costs and greater security.

It is also a trend that people around the world choose to live here after retirement, and even many Argentines in the active stage of life they have chosen to have a fresh start here, lighter and better quality of life.

Lots of properties of all types

Punta del Este has a huge market properties, with properties of all kinds, mansions, modest houses, super modern with amenities, more traditional departments, lands and properties with giant huge areas covered, as well as studio apartments, and the full range of means. 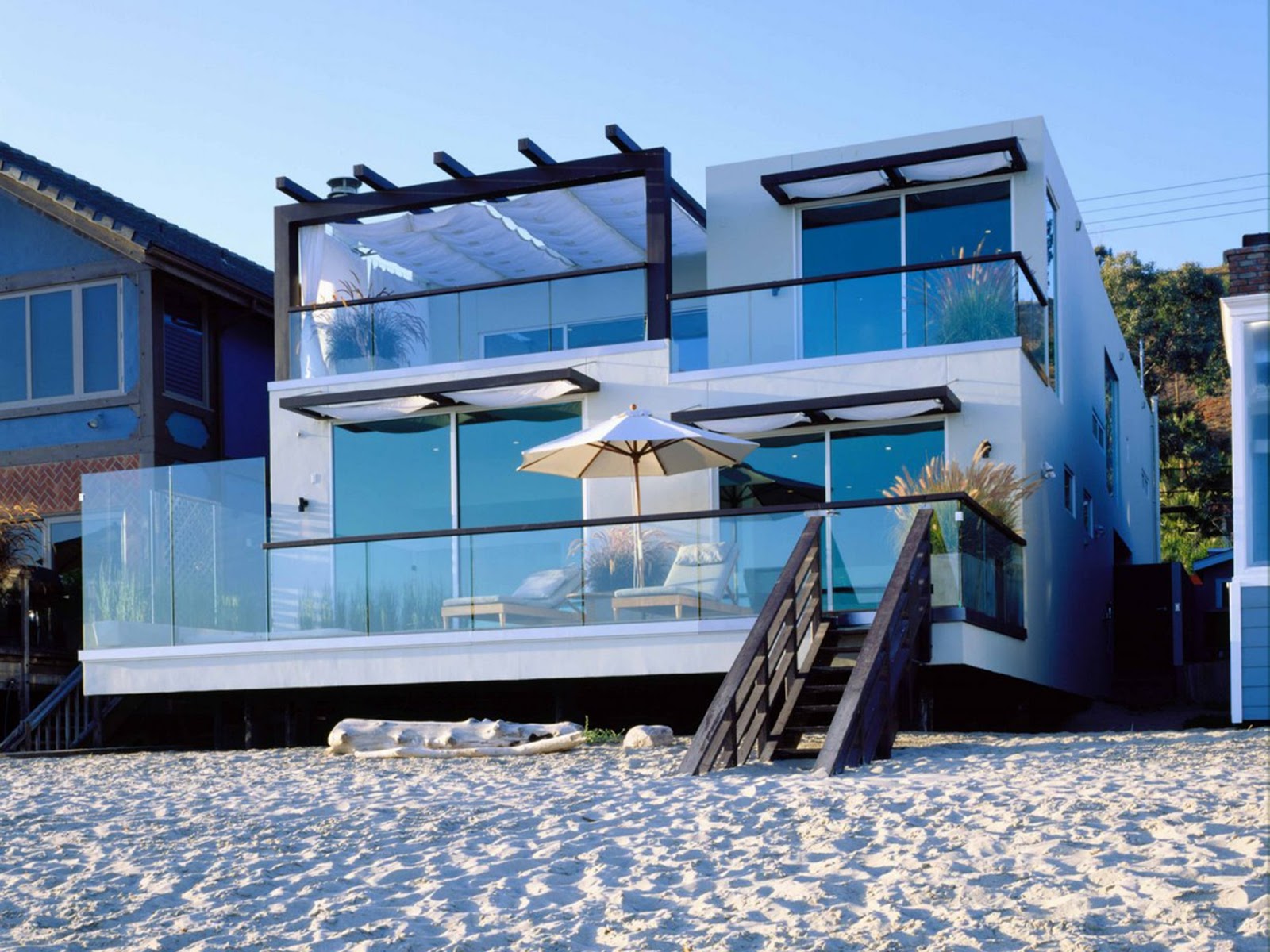 It is the center of the city, it is a stretch of land that overlooks the sea. With the famous avenue Gorlero as division, it has many buildings tower, but also houses low.

Roosevelt Avenue is one of the main commercial areas of Punta del Este, with large supermarkets, banks, shopping malls and other big businesses.

There are tall buildings, in the order of twenty floors, with excellent views of the forest and the sea.

Cantegril is an area with many houses of bricks and tiles, amid groves, near the Mansa, while the shops of Roosevelt. Also close to Mansa, Pinares has many barbecue style houses and large gardens.

Lugano is close to Brava and has very modern and spacious residences with large gardens and forests.

Meanwhile, San Rafael has residences portly, with many gardens and a small shopping center. opposite the Brava is located.

The Golf is a classic of Punta del Este with important residences, quiet streets and shaded by leafy trees and lush gardens that follow the path of the huge golf courses. Rincon del Indio, close to the Golf, is located in an area of ​​unspoilt ocean.

At La Barra nature and art go hand in hand

It is a lovely place, with few permanent inhabitants and a very particular architecture.

It is attached to Punta del Este for two rolling bridges over the creek Maldonado, bridges are an attraction in themselves.

La Barra originally was a fishing village and realize it's colorful houses oldest building and also some tracing the creek where fishermen still live in small scale fishing.

Throughout the month of February, Montevideo competes with Rio de Janeiro Carnival desmelenándose in filling the streets with music and dance. One of its key moments is essential calls Parade, held for two nights earlier this month, in which various parades through the streets of the neighborhoods Sur and Palermo. The rivalries between neighborhoods dissipate while an endless wave of dancers through the streets to the rhythm of the candombe percussion, Afro-Uruguayan origin. Scroll heart is Flores Street, between Salto and Cabot. Viewers can rent a chair on the sidewalk trying to get a space on the balconies overlooking the street.

As in the Carnival of Cadiz, the street musicians are another essential elements of this carnival. Dresses in bright colors, very original pieces representing political satire. During the Uruguayan dictatorship, these companies were famous for their subversive comments. They play all over the city and compete throughout February at the Teatro de Verano Ramón Collazo "Rodo Park. Complement is a visit to the Museo del Carnaval attend the informal meetings of candombe is in the neighborhoods of the city throughout the year.

Until recently, Punta del Diablo was just a sleepy fishing village but is now one of the coolest for vacation getaways places Uruguay and Argentina. It has also become the epicenter of the backpacker scene beach. Despite the wild urbanization and extends this coast, Punta del Diablo has managed to retain its quiet pace of life and all its charm. The place is perfect for surfing, horseback riding on the main beach, do a walking tour of an hour to the Santa Teresa National Park to admire the sunset in front of a makeshift campfire while locals liven up the evening with drumming sessions

At La Barra is a very interesting gastronomic circuit ending completing the charm.

A great place for sports

The sea is very suitable for water sports and beaches that are chosen by surfers and windsurfers, as well as those practicing bike-ski, water skiing, yachting, among others.

Simple houses and spectacular mansions, side by side

By the peculiar origin and development of the place, in La Barra live very simple houses with incredible mansions, yet unobtrusive. Similarly, municipal regulations in edilicio are strong, which has helped keep the spirit of the place.

Not everything is placid in nature and Uruguay.

Montevideo, home to half of Uruguay's population is changing rapidly. The city which was previously in shadow beside his neighbor, Buenos Aires, is today one of the most vibrant capitals in Latin America. Which used to be a quiet town, it is gathering pace by the emergence of new galleries, cafés, cultural centers, boutique hotels, condominiums and buildings, which are part of a boom we compensate construcciónPara Punta del Este, the most international place and glamorous country, full of Argentine and Brazilian celebrities from around the world and high society Uruguayans. Here you can sunbathe, surf, go to the gym, swim at the beach and, at nightfall, dance nonstop in one of his famous nightclubs. There are beaches, elegant residences by the sea, a marina, high-rise apartments, luxury hotels and sophisticated restaurants. Among the people living near the famous Punta del Este are La Barra, east, and Punta Ballena, to the west.

Piriápolis somewhat resembles a Mediterranean coastal town and has a very special charm, thanks to a majestic hotel and the seaside promenade. As a tourist center is the work of Francisco Piria, who in the early twentieth century built historic Hotel Argentino and the Castle of Piria, a peculiar private residence. And there's more, but is a must stop for travelers to Punta del Este. For the best views of Piriápolis worth up to a chairlift up to the summit of Cerro San Antonio, on the eastern edge of town. Although we rarely stay not, is forced visit, an elegant European spa, immense style casino, an ice rink and other luxuries Hotel Argentino.

This country is unique in its quality of life, peace, comfort, everything is nearby.

The entry process at the airport so far is simple: do not require a letter of invitation, bank deposit even return ticket. Upon entering the country you have a tourist stamp 90 days, renewable if you leave the country. It is unusual to be asked what you just the opposite, rather: staff are friendly.

Uruguay is historically the safest and most politically and economically stable country in Latin America, and also has the first place in the continent for transparency and lack of corruption. Social stability is established, with the presence of a middle class and lower income gap in South America. The Uruguayans are a peaceful people who live in harmony with its neighbors and other countries. Uruguay is a safe place to live and invest.

Living near the beach | Mercosur Integration

Uruguay belongs to Mercosur since its construction in 1994. The MERCOSUR is an integration process in South America, which seeks to improve the current state of customs union between Brazil, Argentina, Paraguay and Uruguay, in order to make a Southern Common Market . Although this integration process still has holes in its tariff preferences, most goods and services can be traded intra-MERCOSUR duty-free today. Some emerging industries in some countries remain protected, but in order to be progressively liberalized over the next years.

Despite the importance and quality of the port of Montevideo, Uruguay west of it is experiencing tremendous growth in terms of maritime trade and logistics operations. This phenomenon is a consequence of the great facilities offered by the Uruguay-Parana waterway, a river system river that begins in the Rio de la Plata, Uruguay continues along the river to the north, and through a number of countries such as Argentina and Brazil, and involves the only outlet to the sea for countries like Bolivia and Paraguay.

We are at your disposal for any question you want to ask and ask.