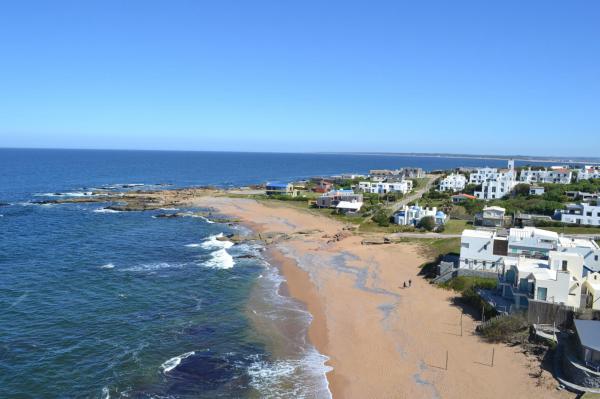 Between contact and start ESTATE LA CITE known Punta del Este ! If you want to rent, buy or sell in this jewel of the Atlantic coast, the answer will find yourself in www.lacite.com.uy .

Ofreccerle sites having to Punta del Este are really numerous. Just to name a few we highlight Peninsula , La Barra, Jose Ignacio , Punta Ballena, Gorriti Island and Island wolves. Within Peninsula are the lighthouse and Gorlero Avenue shopping center, waterfront promenade and harbor. La Barra , especially in January, I was tansforma in the most exclusive area of Punta del Este with a great shopping and nightlife. Jose Ignacio was born as a fishing village , but soon became one of the places where the famous elite will spend the summer . The Isla de Lobos , meanwhile , is recognized worldwide as a dream and amazing place that hosts the largest marine reserve in the world of fur seals .

Because it is a peninsula , Punta del Este has two heterogeneous banks , which contain the " Playa Mansa " - toward the Rio de la Plata , and " Brava " - to the Atlantic Ocean . This allows for a multitude of activities, among which are many water sports like skiing, scuba diving , Aquasurf , surg , funboarding , kitesurfing and bodyboarding. One of the most popular resorts is " La Olla " sand and water which are distinguished by their quality. 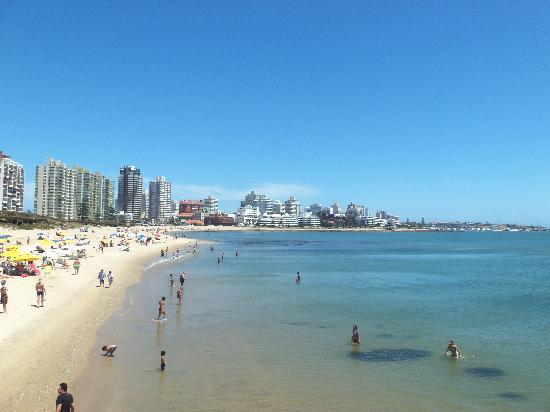 If you want to do a fun pass by car, bike or on foot , there are many options for you. For example , the visit to Medina Park Zoo , Colonel Mancebo Park, Arboretum Lussich , The Jagüel Park , Sugarloaf Zoo Breeding Station and Sugar Loaf Mountain . Also, for those who love art , culture and history, in the department of Maldonado will find many museums . Just some are numbered Artiguista the Didactic Museum, the Regional History Museum Carolino , Mazzoni Francisco Regional Museum, Nicolás García Uriburu Museum , the Museum of French nineteenth-century tile and Sports Museum .

Finally , one can not fail to mention the Punta Ballena (also called " End of the Whale "), which is located 18 kilometers from Punta del Este and Montevideo 115 miles and has been incorporated into urban development and tourism of the first , with a focus more visitors called. This should be attributed to its fine beaches of fine and coarse sand , caves and rocks, and its beautiful scenery. Located just 3 miles from the Laguna del Sauce International Airport where a .

Be sure to visit our website:There you will find all necessary information about our company and you can contact us.

One of our operators versed in German, English and Spanish will put you in touch with our qualified team consisting of lawyers, notaries and accountants. All information posted on the page can be viewed in English, Spanish and German, as we work with the most exclusive and demanding customers from all countries and continents. So we have our own operator in the city of Westerland Sylt Island , located in the North Sea. It can be characterized as " Punta del Este in northern Europe " , as a tourist center for elite audience . This office serves as a contact point for those who wish to settle permanently in Uruguay , for which La Cite provides complete legal and tax advice.

Ultimately, with more than 18 years managing the purchase, sale and rental of all types of property, you have the confidence to trust in La Cite. Because we were not satisfied and always looking how to expand our services , we are the leader in real estate departments in Punta del Este.

Do not miss our offers of Houses in Punta del Este