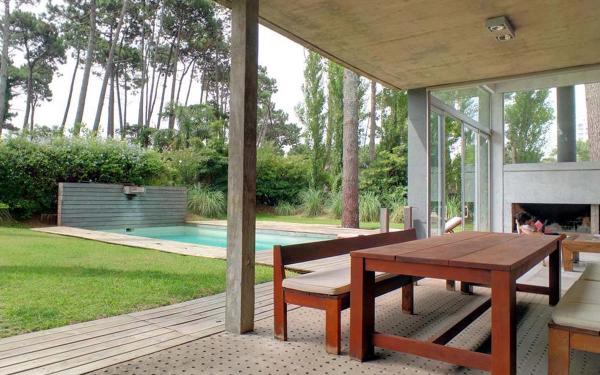 Uruguay is more expensive than many places in Latin America, but still quite affordable. How it rates places: Forbes can't quite make up its mind about choosing a place to retire abroad. One of the best places in the world that people can go to is the beautiful country of Uruguay.

Discover Uruguay through the eyes of those who live there.

Because of its climate, the landscape, positive econcomic factors and the european population, Uruguay is a very interesting country for immigration. Due to this fact, La Cite Real Estate offer in cooperation with attorney at law and notary public an immigration-service for the immigration to Uruguay.

If you want to live in Uruguay, La Cite can help. We found the house of your dreams and facilitate the transfer with our personalized service. Punta EsteEn general government policies have been helpful, although some complaints about poor infrastructure and the slow improvements. A big advantage is that the legal and fiscal framework Uruguay is transparent and predictable. Besides agriculture policies lead to sustainable development. For example, in 2010 it has introduced a plan to protect land (1.5m you are protected), and crop rotation is compulsory from 2013.

The profile of potential buyers in Montevideo is changing. The owners of the houses used to have large families, and safety was not an issue. However, in 2011, 24% of the properties were occupied by one person. Many buyers are looking for 24 hour surveillance, although this is expensive. More and more families are turning to the purchase of buildings, for costs and greater security.

So who knows? Uruguay's economy is growing, and having a semi-socialized/semi-private health system to relieve the burden on companies while having many business-friendly tax policies and an excellent modern infrastructure where it counts (clean water and high speed fiber optics even under dirt roads) means that perhaps job chances are better here than in the Global North.

Uruguay belongs to Mercosur since its construction in 1994. The MERCOSUR is an integration process in South America, which seeks to improve the current state of customs union between Brazil, Argentina, Paraguay and Uruguay, in order to make a Southern Common Market . Although this integration process still has holes in its tariff preferences, most goods and services can be traded intra-MERCOSUR duty-free today. Some emerging industries in some countries remain protected, but in order to be liberalized gradually in the coming years.

If you aren't ready to retire in Uruguay, consider purchasing a second home instead.

Uruguay and the United States have, in the past, put in place agreements to establish trade and investment relations, including the 2002 Joint Commission on Trade and Investment and a bilateral investment treaty, which entered into force in 2006. Within this framework, the government has made two bids for wind power plants, which have been derived through important investments by transnational companies.

Discover Uruguay through the eyes of those who live there. And you'll also discover the unique culture and fantastic—found along the Uruguay River, in cities like Paysandú, Salto, and Carmelo… places you'd never find in a guidebook.

The program will provide the Bank of the Republic with resources to finance companies that develop wind power farms. Uruguay has traditionally been considered as a country with a friendly legal framework for foreign investments. When you are serious about making the right agribusiness investment in Uruguay, choose the Uruguay Farmland Investment Analysis report.

On the website you can see the opportunities in order to find the house or apartment that you need.

We publish our properties in the various portals and real estate offers Punta del Este, to make available the best real estate business in Punta del Este, the best investment projects in all areas of interest from Punta Ballena, to the Barra, Montoya, Jose Ignacio and the shores of Rocha.