Many departments in Punta del Este for sale

Punta del Este, with its ever-renewed brightness. Punta del Este is ticking: year after year continues to grow without losing its form and spirit. Every year we can see how is renewed, as it changes its lights, as renewed its brightness. And while we see keeping that particular spirit that makes it a favorite.

One of the most beautiful resorts in Latin America: Punta del Este is among the most beautiful resorts in Latin America and it is for this reason that every year millions of people around the world visit. Traditional resort for many Argentines and Brazilians are not the only ones who appreciate the beauty and intensity of this elegant city and uninhibited, which brings together the most exotic and easier. This can be seen very clearly in the broad spectrum of flavors that calls its cuisine from around the world. Cosmopolitanism is one of the characters in Punta del Este and another is certainly the glamor: glamor and glitz in night clubs, that attract celebrities, glamor pageants, glamor on the beaches, in the casino, in its galleries of art in its museums.

Nature, fun, art and glamor all in one placeIs that Punta del Este has the characteristic of putting this together in the same place, so every year is again chosen by many.

A little historyThe history of Punta del Este officially begins with its founding in 1907, but actually dates back many centuries to the early years of the conquest and settlement of this part of America. Realize that the many legends of pirates and booties, which actually give the name to one of the areas: "The Treasure". Anyway, the city from the early nineteenth century was growing to its Golden Age in the 40s, a time of dating some of the oldest and most representative buildings. Montevideo and Buenos Aires made ​​it the location for vacation and thus their continued growth, differing areas began to acquire own physiognomy.

Wards and areas of Punta del Este: each has characteristics that make it unique

Lots of Punta del Este apartments for sale in Peninsula
Peninsula is the heart of Punta del Este, where he feels the beat of the place, especially at such a famous avenue Gorlero whose blocks are populated by the most varied businesses, including many houses international brands. Also fun has its place: many theaters, cinemas, bars, restaurants, ice cream, sweet shop ... anyway, the place is delightful to stroll at sunset after a day at the beach, looking at shop windows and taking some coffee. Or perfect for a rainy day too. There are the typical buildings tower, so characteristic of Punta del Este. From them, achieved a privileged view of the entire area. There are very luxury towers with every imaginable amenities, and more simple.

Also many apartments for sale in Punta del Este in Roosevelt
Roosevelt is another very commercial and high-rise buildings, while well connected to other area resorts. This is a newer area peninsula and takes its name from a street where houses decoration, shopping, banks, architectural, nurseries, meet etc.

Many apartments for sale in Punta del Este elsewhere
But these are not the only areas with apartments available, but in all neighborhoods are departments of varying size, and even in more remote areas such as La Barra or Punta Ballena.

The dream of having an apartment facing the sea
A beachfront apartment is a dream that many find very nice. Wake up slowly with a coffee in her pajamas looking like the sun will illuminate the beach is a beautiful experience.

There are properties to match all budgets: small investors can also investTo some this may seem outlandish or limited to an exclusive section of the population with a high economic level idea, but this is not necessarily so, as there are properties for different budgets.

Investment recoverable rapidly: in Punta del Este properties hold their valueThey say the three most important things in real estate investment are location, location and location. With this kind of pun or little joke, which indicates that almost the only thing to watch for when planning to make the purchase of a property is its location, because it will determine the future value of the property: if the place is expanding, then it will rise. If instead it is in decline and environmental conditions are deteriorating, either by installing an industry or simply the proliferation of precarious housing and poor neighborhoods,then our property will not be worth in the future. In this respect, the investment in Punta del Este is quite safe, because its growth has been stable for decades and there are huge municipal regulations for the conservation of the environment, both natural and edilicio. For this reason we can be sure that the property will not depreciate. 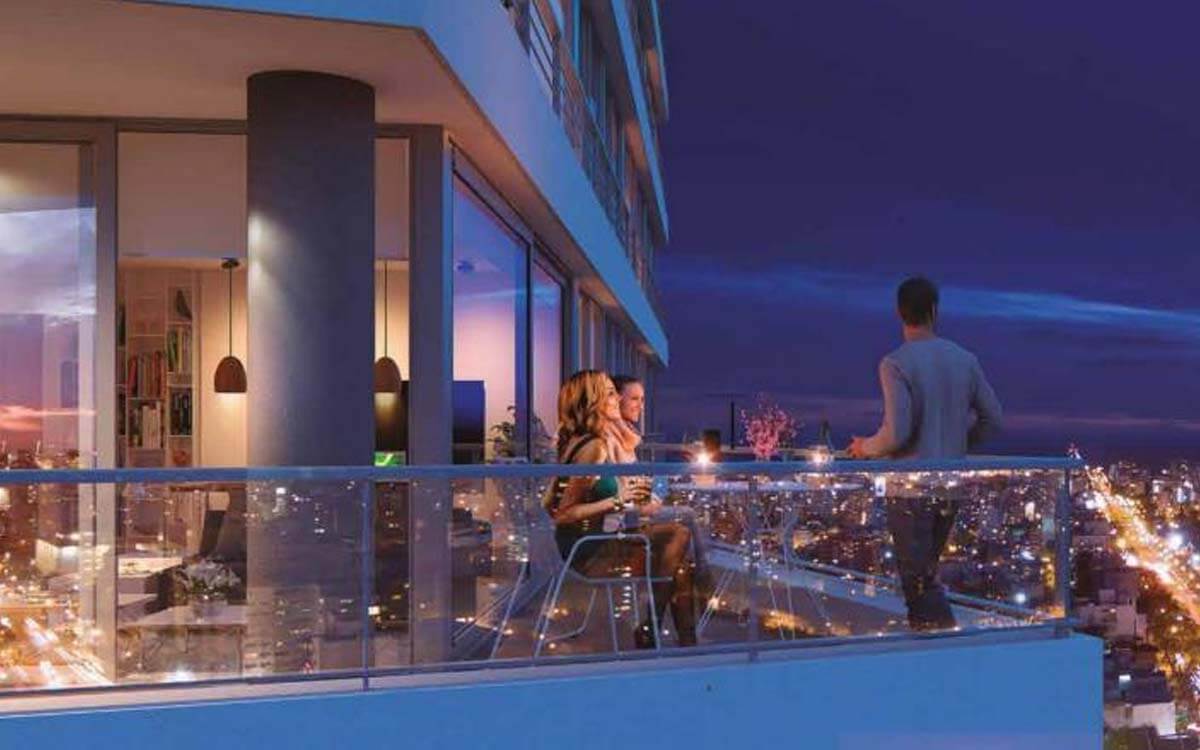 Ability to earn extra income through its rental carsInvesting

In an apartment in Punta del Este can mean extra income through rent cars. This investment is a relatively quick recovery.

The Uruguayan market: its hallmark is the stabilityUruguay is a country with one of the most stable economies in the region. Unlike their giant neighbors, has not suffered too many shocks throughout its history.

Banking secrecy and liberal economy. Transparent laws, tax justice facilities and really "fair"Uruguay has an open economy, which does not differentiate between domestic and foreign capital and allows anyone to buy any property. In addition, there are tax facilities for investment property and deal with any conflict, has a really fair justice, which addresses the enforcement of contracts, whether the parties are nationals or foreigners. These are all factors that make Uruguay a very safe place to invest.

La Cité housing, decades of proven track
Our real estate takes many decades operating in the Uruguayan market with impeccable results. The vast experience and strength that those decades have given us allow us to provide a quality service.

Professionalism and reliability
These are the characteristics that define us.

A large staff of specialists who can advise you on everything you need We have specialists who advise on matters of all types: construction, legal, banking, etc., for you to find what suits you best. Contact us at (598 42) 445368/69 or (598 42) 770978. From Buenos Aires you can communicate directly with Punta del Este making a local call number: 011-4721-4548. Also, the contact form on our website, https://laciterealtors.com