Punta del Este has been a classic vacation spot for Argentines for many decades, even since its golden age boom in the 20s of the last century, years from which the city continued to grow and grow without stop. 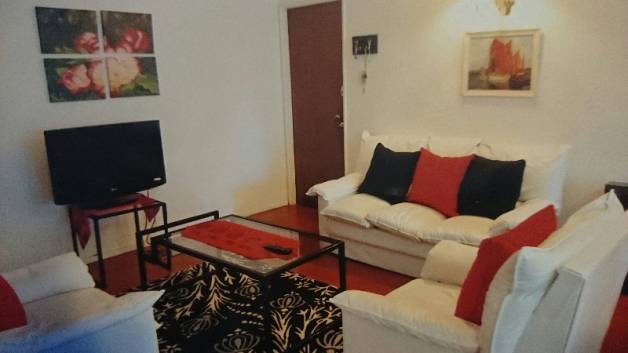 The temporary rental is a convenient alternative to lodging in Punta del Este , especially when long stays are planned.

The resort's real estate market offers a variety of options, both for the type of property (villas, apartments, farms) and for the area (Portezuelo, Punta Ballena, Pinares, the Peninsula, La Barra, residential neighborhoods). From country houses with capacity for several families to small cabins for couples, in Punta del Este all tourists find tailor-made rentals.

In Punta del Este, its two beaches are characterized by pine and eucalyptus forests that give tourists an unparalleled shelter from the summer sun. La Mansa al Oeste, has a calm sea and is preferred by family audiences; while La Brava al Este is the one chosen by surfers who come in search of its strong waves.

In La Brava the beaches are wide and extensive, with fine white sand, which have an excellent infrastructure dedicated to meeting the needs of tourists.

Here you can see all the opportunities for renting and selling houses, apartments, land, land in Barrios Cerrados, premises, fields, farms, shops in Punta del Este and throughout the Department of Maldonado, with photos taken from the aesthetic point of view , and with all the necessary information for those interested in buying or renting a property in Punta del Este.

Many apartments in Punta del Este rent for a day have an important proximity to the beaches even, with sea view, direct exit towards the coast.

Punta del Este, in addition to incredible beaches, has much more to offer

Casa-Pueblo, the work of the Uruguayan painter and sculptor Carlos Páez Vilaró, is universally considered a habitable sculpture. Inside there are several rooms facing the sea where numerous exhibitions of sculptures, paintings and ceramics take place. It is an ideal place to enjoy a beautiful sunset.

The variety of proposals to rent apartments also implies a diversity of prices.

It is possible to rent a very well equipped studio in the middle of the peninsula.

Among the different possible places to enjoy you will find

Oceanic spa located at Cape Santa María, founded on September 1, 1874. It is located in the eastern area, in the Department of Rocha. The distance that separates it from Montevideo is 240 km, and it is approximately 90 km from Punta del Este and 160 km from Chuy, a border city with Brazil. It stands out for its tranquility and its beautiful beaches, whose approximate length is 20 km. The permanent population is 5,300 inhabitants, increasing with the arrival of tourists to 30,000 in the summer months (January-February-March). The resort owes its name to the fact that, in the past, Cabo Santa María was a point much feared by sailors, and from afar due to the amount of rocks and the foam of the waves, the silhouette of a dove seemed to be seen.

The charming and lonely fishing village. It owes its attraction to the magical environment that is generated thanks to its rusticity and the primitive state in which its nature is found. Time seems stopped in this place sheltered from civilization that preserves the peace of a lost place. Without electricity, running water, or natural gas, Cabo Polonio attracts more tourists every day who do not feel the absence of these services because they value the possibility of disconnecting from the world.

A city that has a tourist infrastructure capable of meeting the expectations of different age groups: children, youth and adults of all ages: restaurants, pubs, bowling alleys, artisan fairs, renowned architectural works, the museum house of Pablo Neruda, and most importantly: two magnificent estuary beaches lined with pine and eucalyptus trees where, in addition to enjoying enough space on the white sands, you can practice different water activities including fishing, both from the beach and from embarked.

All this makes the neighboring country one of the most chosen destinations in the region year after year, and that it takes a good part of the three million tourists who visit Uruguay each year, which is not insignificant above all if the small size of Uruguay is compared to its larger neighbors, Brazil and Argentina, for example. It is also popular with celebrities from around the world, many of whom have large mansions in different areas.

If you want to rent in Punta del Este, our staff will respond as soon as possible with the updated offer of houses in the best areas of Punta del Este, apartments, apartments with sea view, penthouses and luxurious residences to rent for spend the holidays, to take advantage of the fortnight, the season to live all year.

Contact La Cite Inmobiliaria, so that our Highly Qualified Personnel can advise you on whatever you need.