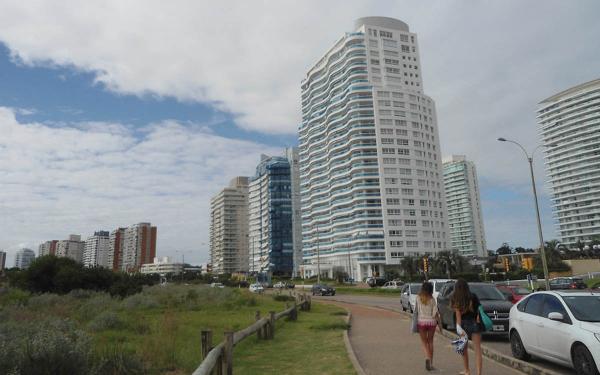 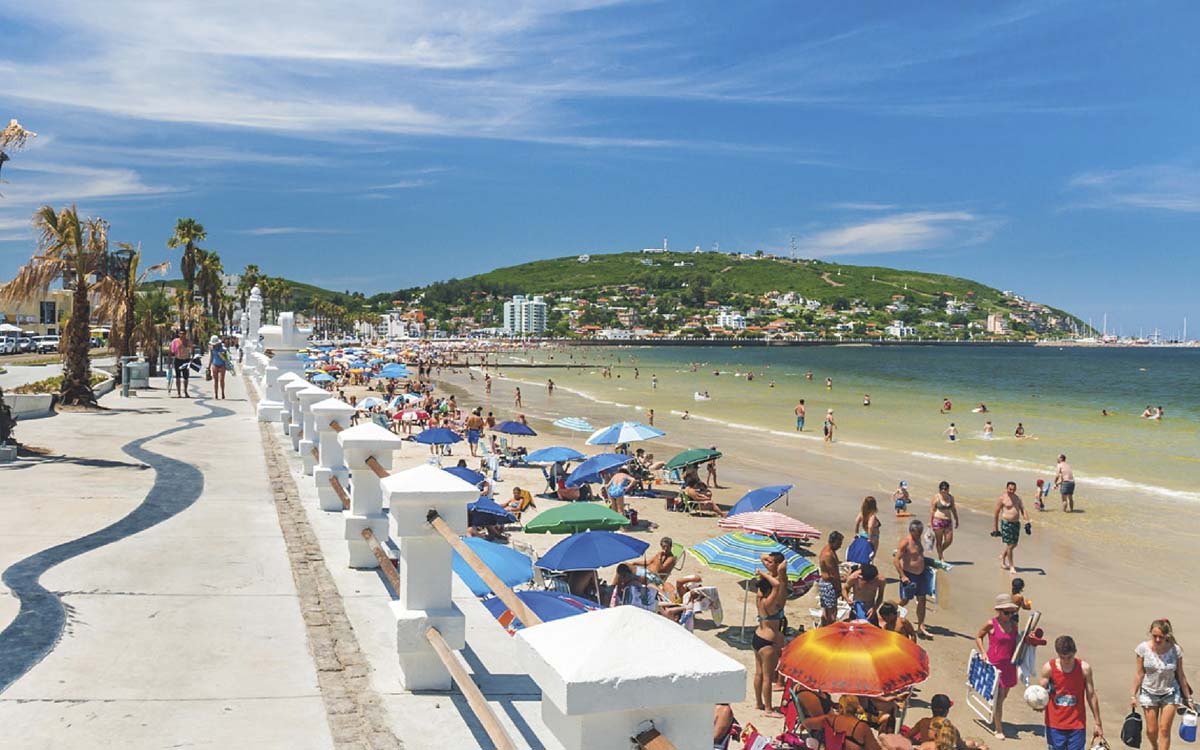 Uruguay, according to the words of its president, “is a reliable country” that “respects contracts and investments.”

Since the government accepted the program of tax austerity imposed by the IMF in the 1990s, the economic results have been good, reaching an index of annual growth of approximately 5%, which has inspired more and more foreigners to invest in Uruguay.

The country is a member of MERCOSUR as well as the Latin-American Association of Integration (ALADI) and the American Bank of Development. Its main commercial associates are Spain, Argentina, Brazil, Germany, and the U.S.

Invest in Uruguay for its Reliability

With a stable economy and a strong commitment toward outside investment, Uruguay offers a great deal of reliability.

The monetary currency is the Uruguayan peso. After the large Argentinean devaluation in 2002, Uruguay had a gradual devaluation of its currency. Although the U.S. dollar weakened with respect to the Uruguayan peso in 2005, you will find the general cost of living to be about 30% to 40% cheaper than that in the U.S.

You should also be aware that, since the 1970s, the successive governments have applied open politics along with liberalization of the financial system. This has resulted in specific measures that have modified the physiognomy of the banking and financial systems over a short period of time.

The absence of controls on currency exchange operations, the absolute liberty for capital movement (entrance and exit), confidentiality with respect to banking, as well as the implementation of fixed interest rates are the main characteristics of the Uruguayan financial sector.

Uruguay has been granted the qualification of “investment grade,” as dispensed by recognized companies, such as the British IBCA and the American Duff & Phelps. This demarcation indicates that Uruguay is considered a country free of risk for investment. It ranks as one of the top three countries in Latin America for its ability to pay its external debt.

Get Advice from Real Estate La Cite, Uruguay Property for Sale Luxury Homes on the Beach or in the City

Reasons to invest in Uruguay

According to the organization Transparency International, Uruguay ranks second in the list of least corrupt countries in the continent.
The impartiality of Uruguay's Justice system is unquestionable, and Government bodies and individuals alike observe and honor all their agreements.
As its population shares many characteristics with Europeans, Uruguay emerges as an excellent testing ground for new products and concepts, with minimum risks and with results that can later be extrapolated to the rest of the world.

Large multinational corporations such as Tata Consultancy Services, IBM, Xerox, just to mention a few, have chosen Uruguay as a platform for their operations in the region. Its strategic location, low operating costs and the excellent qualifications of its people were key factors in these companies decision to establish themselves in the country.

Transportation is made easy by a network of routes and roads connecting every corner of the country. There are no unreachable regions in Uruguay, and everything is just a short step away.

Uruguay has a long-standing tradition of observance of the law and respect for private property, which has never been jeopardized throughout changes in government. This creates an ideal framework for real estate investments, both in rural and urban properties.

Doing business in Uruguay is simple. There is a multilingual and qualified workforce available in every professional field.

Uruguay is a safe place to both live and do business in. Any person can lead a normal life and walk down the street unguarded without fear of being attacked.

Uruguay has bank secrecy regulations in place and depositors can choose to open accounts in international currencies (dollars, euros), thus avoiding possible fluctuations in the local currency. Moreover, there are no restrictions to currency exchange and the domestic financial market is strong, having withstood the major economic crises that affected the region in recent years.

Uruguay was the first country in the Americas -even ahead of the United States- to digitalize its entire telephone network. The country has full coverage in telecommunications, and the private service providers operating in Uruguay continue to lower their prices dramatically.

Uruguay has clean air, sparkling waters and plenty of green spaces. Your quality of life is guaranteed in a country where nature and respect for the environment rule.

Uruguayans are a kind, open and educated people, for the most part of European descent. Many Uruguayans speak English as a second language.

In Uruguay you can go from the city to the countryside or the beach in less than 30 minutes. Everything is nearby; everything is easier.

In Uruguay, the government promotes investment in general and maintains a favorable policy toward foreign investment. The general system is completely open and does not discriminate between foreign and domestic investors. As such, the foreign investor enjoys the same benefits as the local investor, and no prior authorization is required for foreign investments.

There are no obstacles of any kind to invest in real estate. All you need to buy a property in Punta del Este is a valid passport. You don’t even necessarily need to be in the country at the time: through a notarized power of attorney, you can appoint someone you trust to handle the purchase for you.

2 Uruguay Property for Sale Luxury Houses on the Beach or in the City, How to obtain Residency, Citizenship and a Second Passport

Uruguay has a stated policy of welcoming foreign nationals who wish to come and live in the country. There is no immigration quota, nor does Uruguay´s immigration authority discretionally reject applications. It is not required that the applicant invest in the country, either. As long as the applicant meets the requirements listed below permanent resident status is always granted.

An important thing to bear in mind is that Uruguay will issue permanent residency to applicants who can actually show that they spend time in the country, as opposed to simply filing for residency and leaving without returning. During the 12 to 18 months that it takes to obtain residency after you apply, you should at least be able to spend a total of six months in Uruguay per year. The six months do not have to be in one stretch of time and you may freely leave and re-enter Uruguay (and, naturally, you may stay indefinitely). Once you become a permanent resident, there is no longer a stay requirement and you will lose your resident status only if you stay out of the country for more than three years.

If, after residency, you also wish to obtain Uruguayan citizenship (and a second passport), you need to wait three years (if married), or five years (if single). This period starts to run from the moment you first arrived in Uruguay to file for residency, and –to be able to obtain citizenship- you need to spend at least six months out of each of those 3/5 years in the country (besides other formal requirements which mainly consist of gathering paperwork that prove your connection with the country).

The required documents to apply for Permanent Residency are:

d) Proof of Income: The Proof of Income (PoI) requirement is fulfilled by proving that you have a steady stream of income to support yourself (and your family, if applicable). The amount of income you declare has to be consistent with your lifestyle. The PoI may be proven in a number of ways: a pension, dividends, rental income, or a work contract with a company in Uruguay, among others.

Note: We review the source of income with you, to ensure that it is acceptable for immigration purposes. A simple bank statement will not suffice as PoI, since it does not prove a steady stream of income. Thus, the prior verification that the documents you submit are correct is of great importance.

f) Medical check-up: A brief and simple medical checkup is required, from one of several authorized private clinics in Uruguay. This exam is fast, and it is not a screening test.

g) Proof of address: Uruguay requires that applicants have an actual address in Uruguay (a property, owned or rented). To meet the address requirement you have to provide a proof of residency issued by the police precinct nearest to your home. This takes only some minutes and you just need to show up at the police station in person with your passport and two witnesses who can simply verify that you live at the address you declare.

Stamping your documents before you submit them

Documents “a”, “b”, “c” and “d” (from the list in the previous chapter) need to be Apostilled in your home country (if your country is part of the Apostille Treaty: the United States, for example, is part of it). An Apostille is a simple stamp, which you obtain locally, at a state office.

Once you have gathered the necessary documents, our firm will assist you in notarizing them, translating them, and making the appointment at the immigration authority (NMO), to file them.

After you file your application at the NMO, your file will go through several stages. We´ll monitor the process, and provide answers to the NMO on routine questions they sometimes have on your Proof of Income (PoI). The NMO may request an update on the PoI halfway through the process, to make sure that you still have means to support yourself.

The NMO may also request a brief interview with the applicant, to confirm information on the documents that have been filed. We’ll escort you to the interview, if it occurs

Permanent Resident status is usually granted within 12 to 18 months (average). In the meantime, you will be a “Temporary Resident”, with a Uruguayan National Identification Card (“cédula de identidad”) from the beginning, and as such, you may stay in the country indefinitely (or come and go), and even bring your household goods import tax free.

After you obtain Permanent Resident status, you are issued the definitive identification card.

The advantages of obtaining permanent resident status are, mainly:

Once you have your permanent residency, you’ll be able to apply for citizenship (and a Uruguayan passport) in 3 years (if married), or in 5 years (for single applicants). Time starts to count from the day you first arrived in Uruguay to file for Permanent Residency, regardless of when Permanent Resident status was actually granted.

You will be able to stay in Uruguay indefinitely (from the moment you file your application).

You will be able to bring your personal belongings and household goods duty free.